Gary Fisher in Ohio (a lead guy with the CLC) sent us this really cool link for many, many car brochures thru the years!
WOW— Check it out to find your favorite make,  model and year!
SEE CAR BROCHURES FROM VARIOUS MANUFACTURERS
If you're wondering, "What's so special about a Cadillac?" — this video should answer that.
To see the related article, just CLICK HERE. 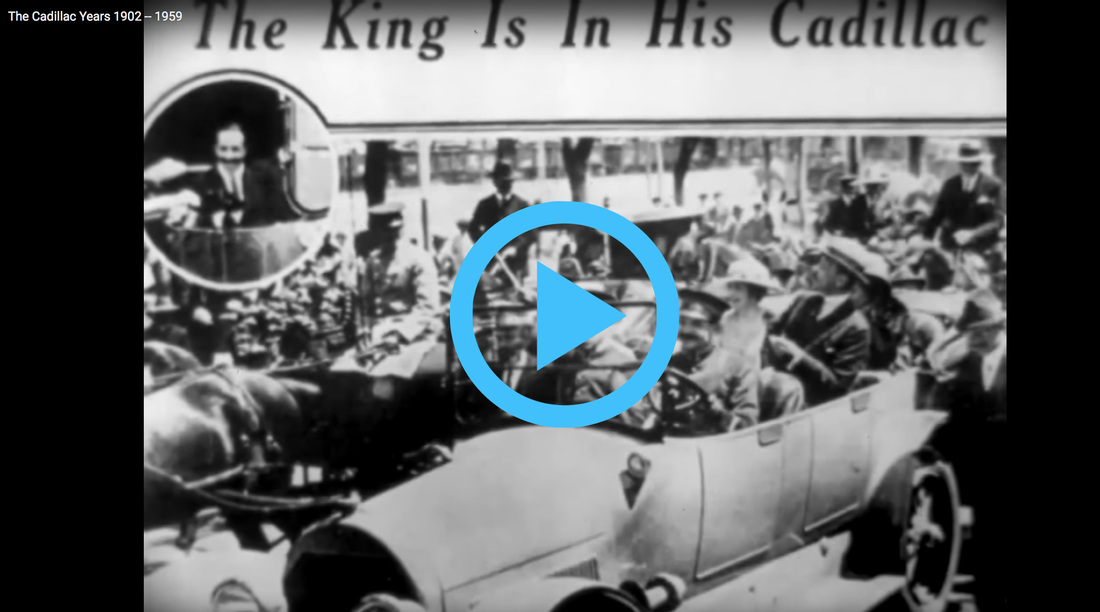 Cadillac Through the Years

The origin of “Standard of the World.” Henry Leland won the Dewar Trophy for excellence in quality manufacturing in 1908 (see images, below) – ushering in a revolution that moved auto manufacturing from individualized, hand-built vehicles to assembly-line production . The secret to Cadillac’s early success? Standardization of parts. Leland’s 19th Century apprenticeship with the precision instruments craft in New England ensured that Cadillacs would require the closest tolerances available in those days. To the astonishment of Dewar’s Royal Automobile Club, and from a jumble of parts (below, right), Leland’s team built three entire Model Ks. Cadillac soon was crowing in advertisements that its Model 30 contained 112 parts that were machined to within “one-thousandth of an inch…”

The outcome? Cadillac is STILL considered The Standard of the World.

Harley Earl
And what about the tail fin?

Legendary automotive designer Harley Earl, (left) VP of Art & Colour at General Motors,  is most often credited with introducing the tail fin on the 1948 Cadillac. Earl was prescient. He anticipated the post-war desire for having a piece of American bravado in the family’s driveway. Soon enough Cadillac was offering some sharply pointed versions of the tail fin to mimic the jet aircraft of the Fifties. But in ’48 – ’56 the Cadillac fin owed its curves to the Lockheed P-38 Lightning.

The P-38 Lightning, which the Luftwaffe called the “twin-tailed devil” for its agility and deadly firepower. The engines for the P-38s were Allison V-1710s: Turbo-supercharged, liquid-cooled V16s pioneered by Cadillac, and produced by an Indianapolis company that GM had acquired in 1929.  These superchargers were scarce, because the bombers like the B-17s (which flew at high altitudes) got top priority. That meant the P-38s were the main fighter aircraft to get them, and making the Lightning so dangerous at the altitudes flown in Europe and over Japan. Earl had visited this aircraft up close before the war; it was a small leap to the twin-boom tail on his ’48 Cadillac. 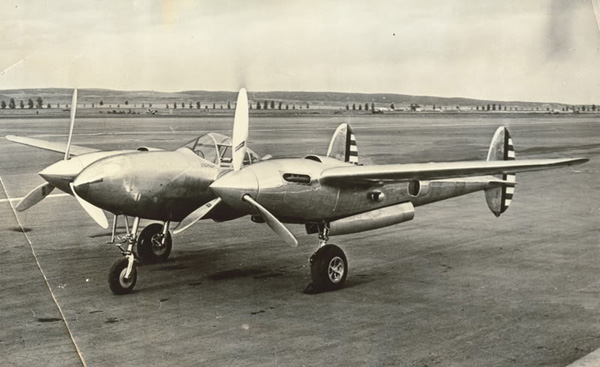 The P-38 Lightning.
Pause for a while as we drift through the ages, tracking the evolution of the tailfin, the transformation of the Cadillac crest, and the morphing of the Cadillac logo.  We have reserved some space here for other historic images and subjects, just for your entertainment. If you have something to add, why not send it along?
Please contact info@peachstateCLC.org for more information.
©2020 Peach State Cadillac & LaSalle Club. All rights reserved.  Webmaster: Sandy@GoHighProfile.com