A TYPICAL YEAR’S CALENDAR OF EVENTS FOR PEACH STATE CLC:
A typical year at Peach State CLC is packed with 30 or more events. Now, that’s an agenda that any member of the club can find something to participate in! Nearly every other week, twelve months out of the year… and some months we are together every week! 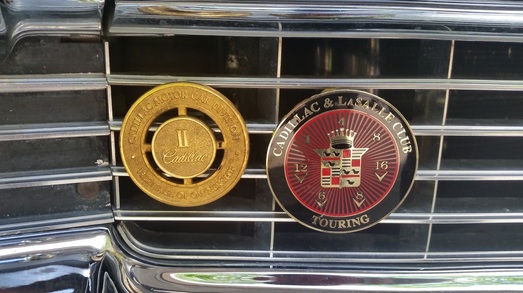 GRILLE BADGES:
The badge on the left is a dealer option numbered for loyal Cadillac customers.
The one on the right is the one awarded by CLC for touring miles:
500+ miles in two separate sanctioned tours wins the award!